Motor Show with Grava on board is a success for Febiac

Not all target groups are equally easy to define in a digital context. But at Grava we have a number of clever tactics for that! We applied these to the campaign for the 2020 Motor Show by always looking at the objectives from a cross-channel perspective. In addition, Grava and SBS brought the digital and classic marketing worlds a little closer together by showing 15 second TV spots via SBS Smart Ads for the first time. The goal of bringing 500,000 people to the Salon was achieved, and the sector is satisfied with the quantity and quality of the leads received. 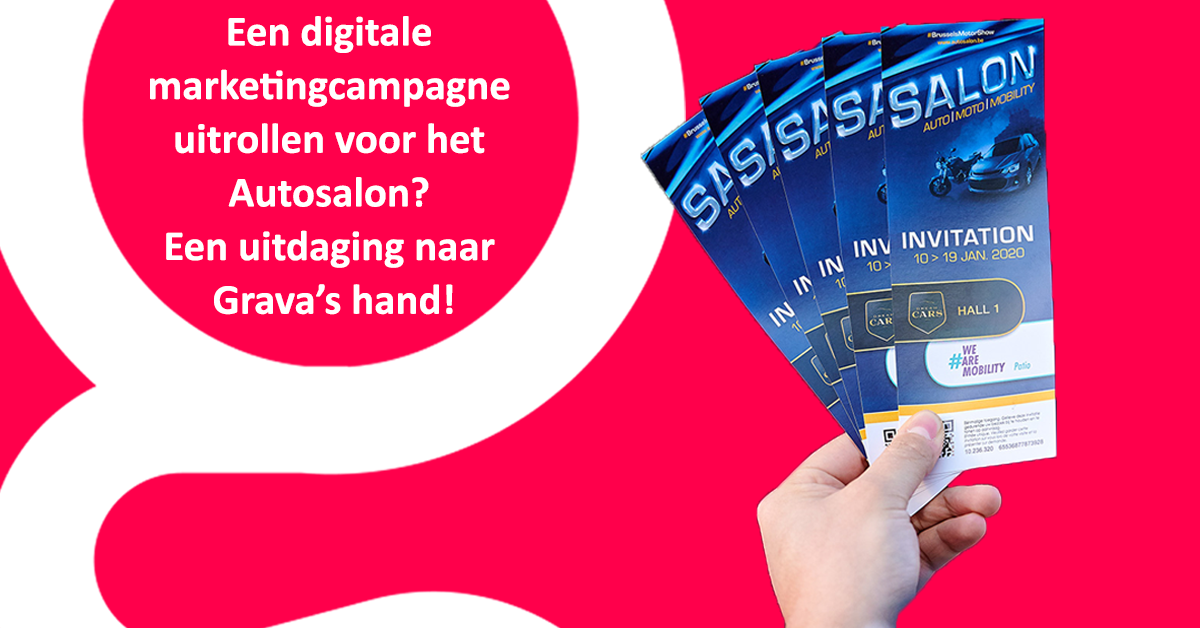 For the 98th edition of the annual Motor Show, Febiac chose Grava to run the digital marketing campaign. Against the flow of international motor shows, Grava had to help ensure that the Belgian Motor Show stood out and attracted half a million visitors.

This was achieved thanks to good cooperation with all parties and thanks to the powerful digital engine that Grava built. Not only was the target number of visitors achieved, the exhibitors were also very pleased with the public's interest and the number of leads that came in. This allowed the Brussels Motor Show to reaffirm itself as a "buying salon".

With adressable TV you’re using television as a marketing tool for specific target groups, you can personalise the message to suit whomever is watching. This way you get the best of both worlds. On the one hand, you make use of the advantages of television in terms of brand recognition and advertising impact. On the other hand, you can deliver a personalized message in order to advertise in a more targeted way. For the Motor Show, we chose to reach families with an ad about a visit to the show as a daytrip with fun things to do.

Until recently, this was only possible with classic 20 or 30 second spots. But here the focus was on the digital channels, where 15 seconds is an ideal length for social video, among other things. By working together with SBS Belgium, Grava was able to achieve that this shorter format could also be used and this will be available in the SBS range from now on.

Audiences approach resulted in many visitors and qualitative leads.

Not everyone is susceptible to the same message. That's why Grava, together with FEBIAC, defined 8 target groups on which all facets of the digital campaign, from message over media plan to campaign structure and budgets, were grafted. These target groups include potential car buyers, potential motorcycle buyers, people interested in alternative mobility, company car drivers ... and so on.

For each of them, a custom message was developed to perfectly match the customer journey. In addition, Grava managed to lift these audiences across channels and use the data to steer other channels in a more targeted way. You can read more about this in the press release that Grava sent out at the start of the car show.

Fancy using this kind of cleverness for your campaign? Get in touch with us!

"Most of the salon conditions at the brands and dealerships will run for a few more weeks. Only then will it be completely clear what the impact of the Motor Show will be on sales in Belgium. But the first reactions of our members were already very positive. They are satisfied with the quantity and quality of the leads that were realized during the show," says Anja Helsen, Communication & Media Manager Salon at FEBIAC. It is also clear that we were able to reach the right visitors and persuade them to come to the salon.

B2B
Febiac
21/02/2020
Digital Campaigns
Not all target groups are equally easy to define in a digital context. But at Grava we have a number of clever tactics for that! We applied these to the campaign for the 2020 Motor Show by always looking at the objectives from a cross-channel perspective.